SCAGLIOLA - FROM CARPI TO FLORENCE

an artistic process carried out according to ancient traditional techniques

This process is carried out according to ancient, traditional techniques creating a rest over which the work is then made. In the past, the rest consisted of a reed structure or a wooden board on which a rough hemp cloth was laid in order to obtain a grid for holding the different layers of plaster. Once the plaster hardened, it was taken off the grid and had to be dried for roughly a month. Today, all these steps can be replaced by the use of slabs of slate or different marbles.

Once a rest is obtained, the pattern must be transferred on the slab; this is the most properly artistic stage of the process, also called “spolvero” (pouncing). Subsequently the pattern is engraved with little chisels; the holes thus obtained are then filled up with a mixture of glues, plasters and soils known as “scagliola”. The ductility of this mixture allows the craftman to express his feeling and professionality through nuances, movements and colours.

The following step is the pumice polishing done both by hands and with the use of special machines. The result so far obtained is remarkable but a stroke of the brush or a graffito scratch by the artist lends the scagliola work the sort of plasticity of movements which renders it unique.

The scagliola can be used to make panels, table tops, pictures, floors, columns, fireplaces and whatever else the client and craftman’s fancy may think of… 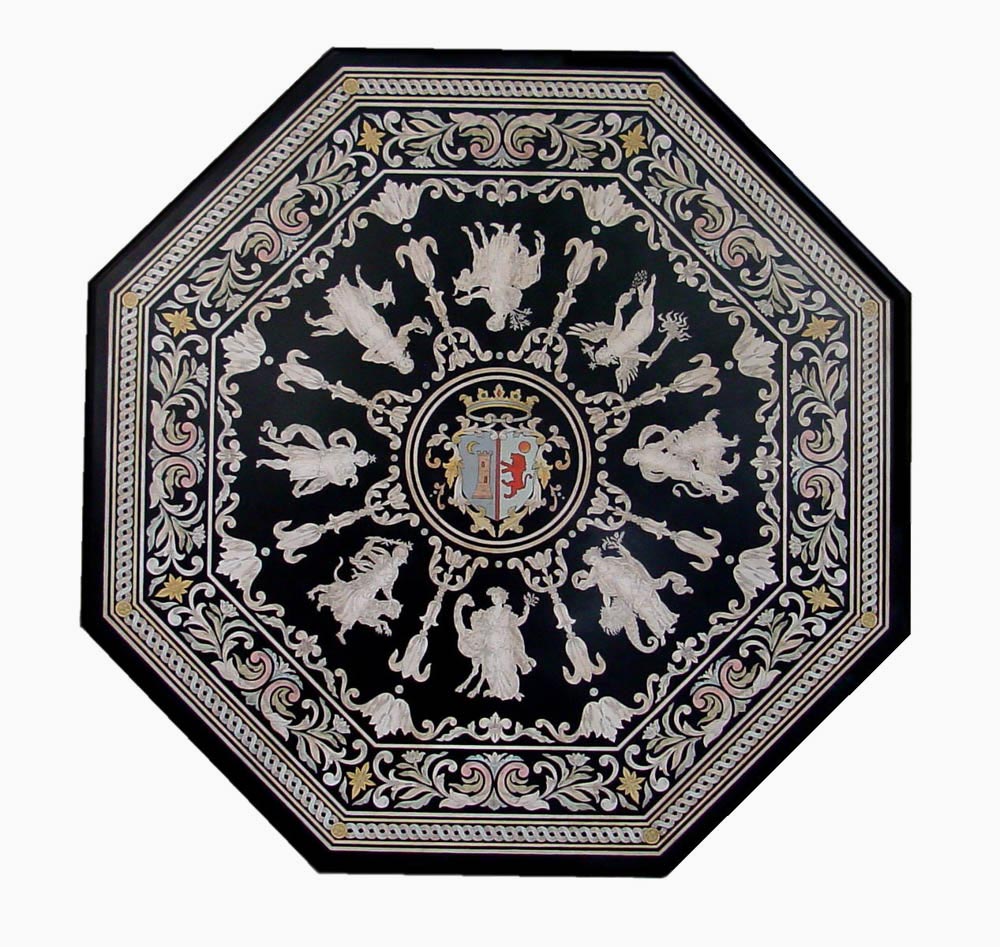